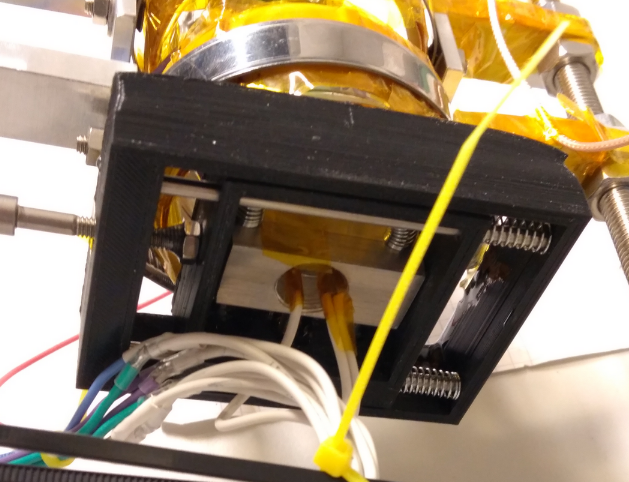 Side note: The model of this adjustable frame is available on GitHub

So there we have been building a rather cool quantum physics experiment and have this test vacuum chamber to try out new stuff. And then there was the moment of requiring some parts over Christmas holidays which of course makes access to really professional machinery in the work environment somewhat harder. This lead to an at first seemingly bad (and it seemed to be even the worst) idea: Just print the required parts using a FDM 3D printer out of PLA - to be specific out of typical BQ easy go coal black filament, 1.75mm (note: affiliate link, this pages author profits from qualified purchases). Basically this should work and according to the outgassing database by NASA some materials like ABS should work into coarse vacuum (and have already been used in the form of Lego bricks by some people) - I’ve not found any data on PLA but to be fair I also didn’t do an extensive literature review. The first idea was to use a resin print due to resins not leaving air pockets as standard FDM prints (even when printing with 100% infill) and having heard of other people who used resin parts in their applications. Since I personally have no resin printer available I thought about using FDM printed PLA parts. At first I thought this might be a bad idea because: 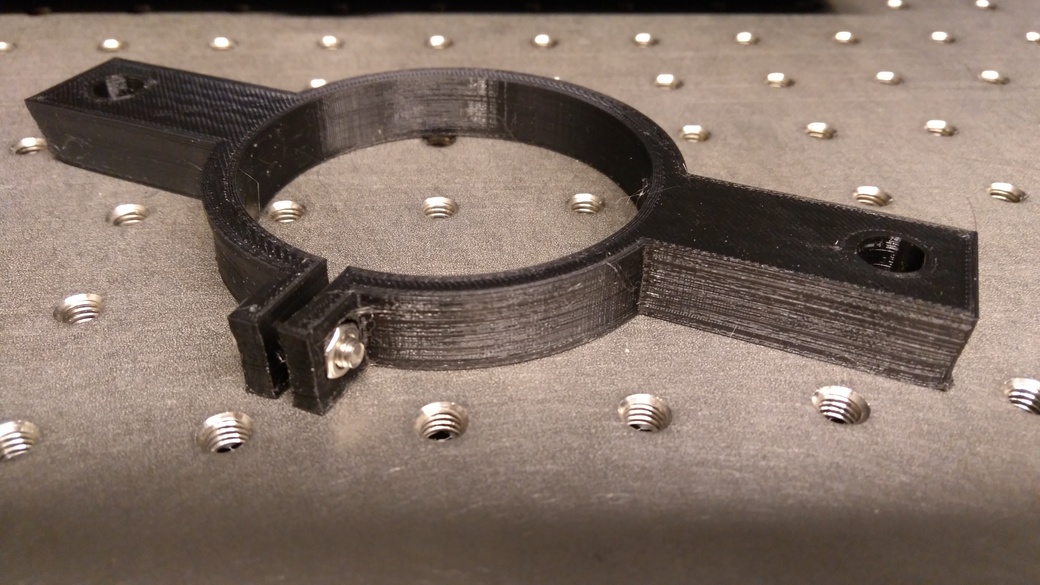 Side note: Parameterizable clamps are also available on GitHub

So to make the story short: After inserting the parts (about $96 cm^2$ for the first parts) the pumping process started - and went down straight to $10^{-5}$ mbar just as usual - the only drawback has been that no baking process that’s usually done at a minimum temperature of about 120 degree Celsius to speed up desorption of water molecules from chamber walls and parts inside the chamber would have been possible any more due to the low temperature capabilities of PLA - but for a typical medium to high vacuum system that’s usually not much of a problem but of course that depends on the application. There was no formation of cracks, no loss of integrity of the parts and no extensive outgassing. After about 2 hours of pumping pressure stabilized at $10^{-6}$ mbar - I thought that’d be the limit though being proven to be wrong - pumping over night reached $6*10^{-8}$ mbar pressure. Since I had to do some measurements that involved heating stuff inside the chamber - and also because of the limitation of the pumping system consisting only of a turbopump and membrane pump assembly as well as limitations of the chamber it self (using an elastomer instead of copper seals) I couldn’t try lower pressures though.

Since these results sounded practicable the experiment has been extended to use way more 3D printed parts. 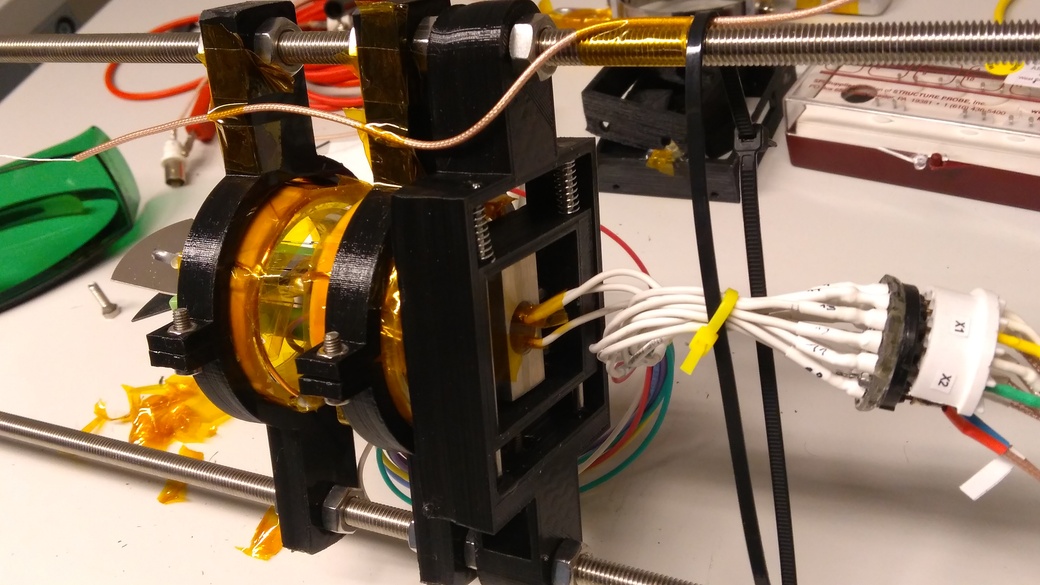 Small update: As it turned out using PLA up to about $10^{-8}$ mbar works flawless - but it’s of course a bad idea to operate it in the vicinity of any hot stuff like 2500 Kelvin hot tungsten. Then it softens and parts of the PLA will evaporate - you won’t get the smell and gas residue out of the chamber and your pumps in an easy way so really basic cleaning will be required after such an accident including staining the chamber walls, baking the surfaces and most likely exchanging pump oil. Keep in mind that in vacuum heat is not dissipated via convetion any more so one’s limited to conduction (which does not work in any sane way for PLA) and radiative cooling (which is rather slow), the reverse processes of course also work so hot stuff in vicinity of PLA will conduct heat into your parts and radiated heat (for example form a glowing cathod) is also pumping power into the material.