Disclaimer / Warning: Please note that this page is in no way associated with Gamma vacuum. Everything here has been discovered while hacking around with their product and might also be totally wrong, only partially complete or inaccurate. It just worked for us.

This is a short blog post that describes on how to talk to Gamma vacuum ion pump controllers (in particular their QPC quad pump controller) using Ethernet to query parameters and adjust settings. Particularly we’re using this to monitor the pressure inside a vacuum chamber that has no additional pressure gauge.

There is some official documentation on the used protocol in some manuals - but that’s mainly oriented towards the serial (RS232 or RS485 / modbus) interface. To help ourself with development (and provide some kind of documentation for hacking around later on) I decided to write down our collected - incomplete - information. 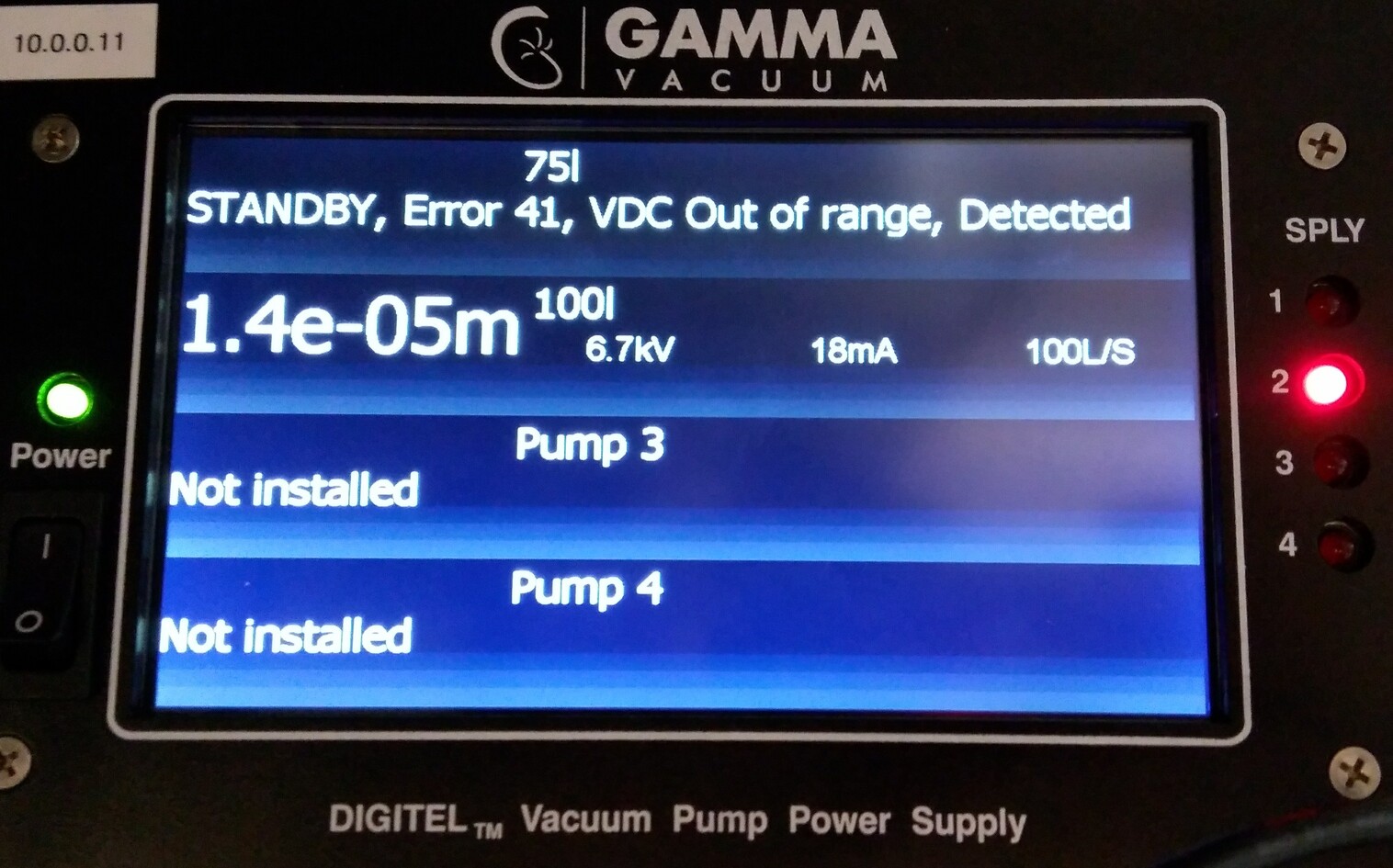 As one can see they applied somehow everything required for a stable serial link though not being the most beautiful ASCII based protocol (I personally do prefer binary protocols so that doesn’t mean much):

This protocol can be used either on RS232 or ModBus - in case of ModBus the configuration of the unit address is crucial. Any malformed packets are simply ignored by the device.

The documentation for the Telnet protocol is not that good but orients itself at the serial protocol. It misses all of the synchronization patterns (Start character) as well as the checksums - it relies on TCP for that. It’s built around an interactive Telnet-like session without Telnet features. It’s just a TCP connection that shows an greater than sign > with code 0x3E whenever it accepts input. All commands seem to be prefixed by spc - which seems to stand for single pump controller - even for their quad pump controller. This has been the hard part to decode. Despite of this one can use the same commands as over the serial interface:

The get model number command can be used to identify the type of the ion pump controller.

The get firmware version command identifies the installed firmware.

Since I personally don’t know if this format might change in future my library tries to parse the last argument as MAJOR.MINOR version pair but also keeps the strings - the version is not checked by my personal implementations.

There are two firmware reset commands available - the legacy one 0xFF does exactly the same thing but is a remaining opcode from some older protocol versions.

This enables or disabled arcing detection of the pump. If arc protection is enabled the ion pump controller reduces the voltage of the pump during arcing. It should usually be enabled.

Tells the status of arc detection (see above for a general description).

Reads pressure of the specified pump. The data field is the index of the pump (for example 1 or 2)

I’ve built a small Python module that’s also used by our labs environmental monitoring system to log data (and then visualize using Grafana). This module including an example program is available as a GitHub GIST.