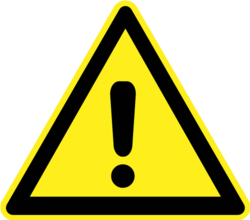 Electroplating with gold usually involves highly toxic chemicals - the electrolytes usually involve cyanide. Hydric acids can even be taken up in gaseous form - and they usually are formed during the process. Use a fume hood. This cannot be stressed enough. Don’t do this just besides a open window without forced air circulation and don’t even think about doing this in a closed unventilated workplace. Cyanide are Cytochrome c oxidase inhibitors and thus lead to suppression of oxygen processing by cells in the Mitochondria. In case the dose is large enough this leads to death by ATP depletion. If you don’t know what you are doing don’t take any risks - if you feel uncomfortable working with toxic chemicals ask someone who really knows what to do. It is not dangerous as long as you are knowing what you’re doing. 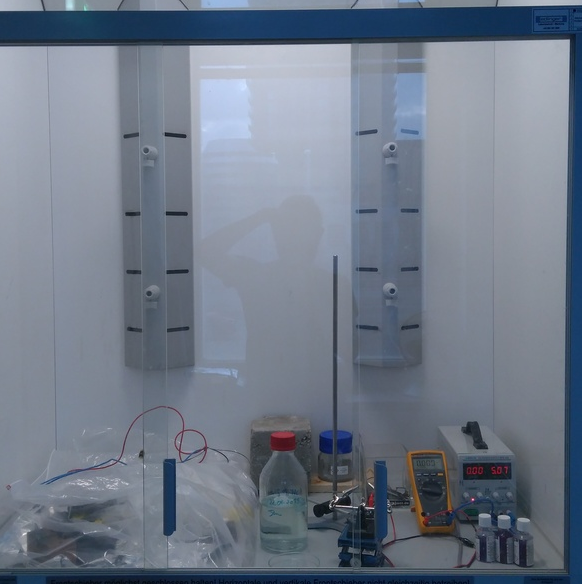 Sometimes one requires or wants to have a gold surface on top of metallic or non metallic objects - either for decorative purposes or as a functional surface (mirrors, scratch resistant coating on connectors, conductive surfaces in particle optics, etc.). The usual approach is to use electroplating which is a galvanic process. The gold is deposited on a conductive surface by a current that pulls gold ions out of an electrolyte. Typically these electrolytes are based on potassium gold cyanide and buffer salts such as potassium salts of citric or phosphoric acids. In addition some electrolytes will also contain stuff like Cobalt that will lead to a smoother and more scratch resistant surface that won’t require polishing.

Since I had the opportunity of doing this for a project at work and have described Copper plating of non conductive PLA in a previous blog entry I decided to write a short summary about the process. Our project involved surface coating a copper part that was then to be used inside a vacuum system as a mirror of a partial magneto optical trap for a quantum physics experiment involving potassium. Since the optical levels we try to excite are near the infrared range the estimated required thickness of the gold surface layer had been around $0.5 \mu m$ to $1 \mu m$. The following image shows the polished copper surface that we wanted to gold-coat - this surface had already been sanded and polished as described later).

Of course this process can also be applied to 3D printed objects as previously described in the mentioned blog entry. In this case one should not try to grow the gold surface directly on graphite but always use an intermediate copper (and possible on top of that nickel) layer. 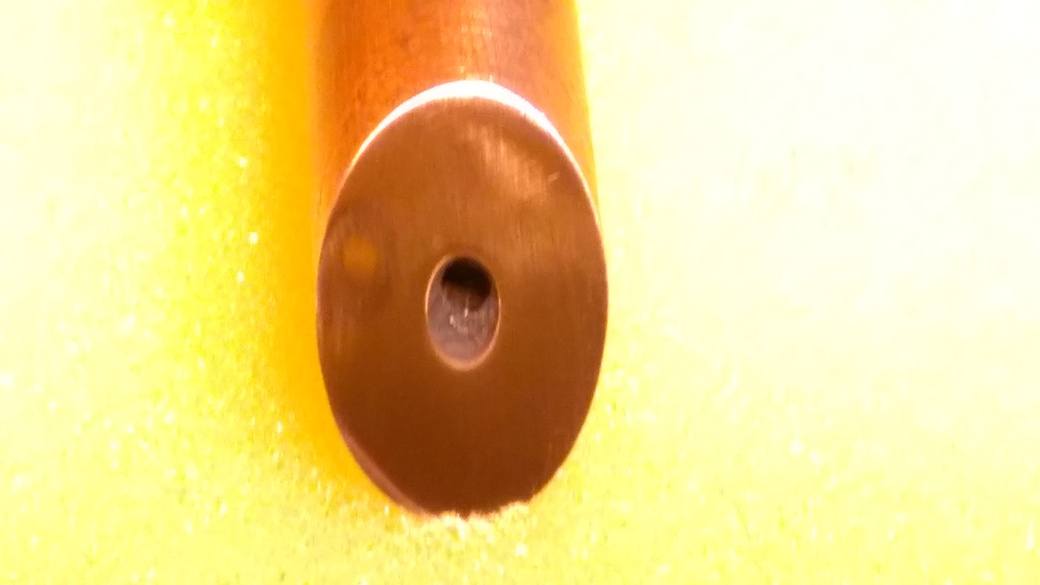 Note: All product links are Amazon affiliate links (this is not the source we’ve got our stuff from). This pages author profits from qualified purchases.

First prepare the workpiece. The mirror surface shown in this example has been manufactured out of oxygen free copper (due to it’s application in a vacuum environment) - most of the time you want to use a nickel or palladium interface layer between your workpiece and the gold coating though when working on copper, brass, bronze, silver or a gold workpiece one can also try to directly coat with gold. The surface has first been sanded with grain sized down to 4000 (in steps starting with 400, 1200, 2400 up to 4000). Then it has been polished to yield a clean surface that’s optically usable due to the high demands of the application. If you’re doing this just for decoration purposes you can stop after a coarse polishing or grinding step.

The electrolyte we’re using here - Tifoos “Midas” - has some additional hardening and gloss additives (primarily Cobalt) that lead to it’s violet color. When using other electrolytes they’ll mostly be greenish. In case this electrolyte has gotten turbed heat it up to around 40 degrees Celsius and stir - this should return the electrolyte to the state also visible on the photographs. 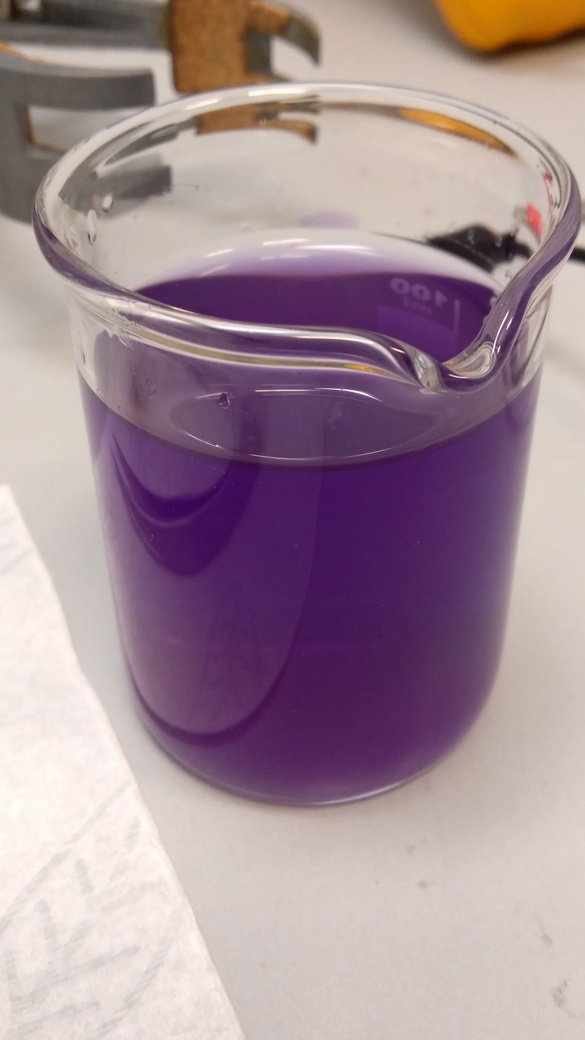 Simply put the graphite anode into your glas jar and attach it to the positive side of your power supply. Position in a way that it won’t touch the workpiece but is submerged into the electrolyte bath. Think now about how you’re going to mount your workpiece so it’ll be in constant position to the anode or how you’re going to rotate it later on. Add the electrolyte to your container - from now on keep the fumehood lowered and the pressure inside lower / the air flow separating you from any fumes even though they should only be generated when you enable power later on.

Prepare your power supply and if required add an amperemeter. We had to do this since our power supply did not allow us to measure currents below the $10 mA$ range but our estimated surface was $1 cm^2$. You’ll later need around $5 \frac{mA}{cm^2}$ which will lead to a growth of the deposited layer of about $5.5 \frac{\mu m}{h}$.

Then one has to remove the surface oxide layer on the workpiece. We’ve done this using a bath in hydrochloric acid for a few minutes. Since the galvanic bath would be destroyed by traces of this acid the workpiece has then been rinsed with distilled water (or rather deionized - since working in an nuclear facility we have an Osmosis machine available) 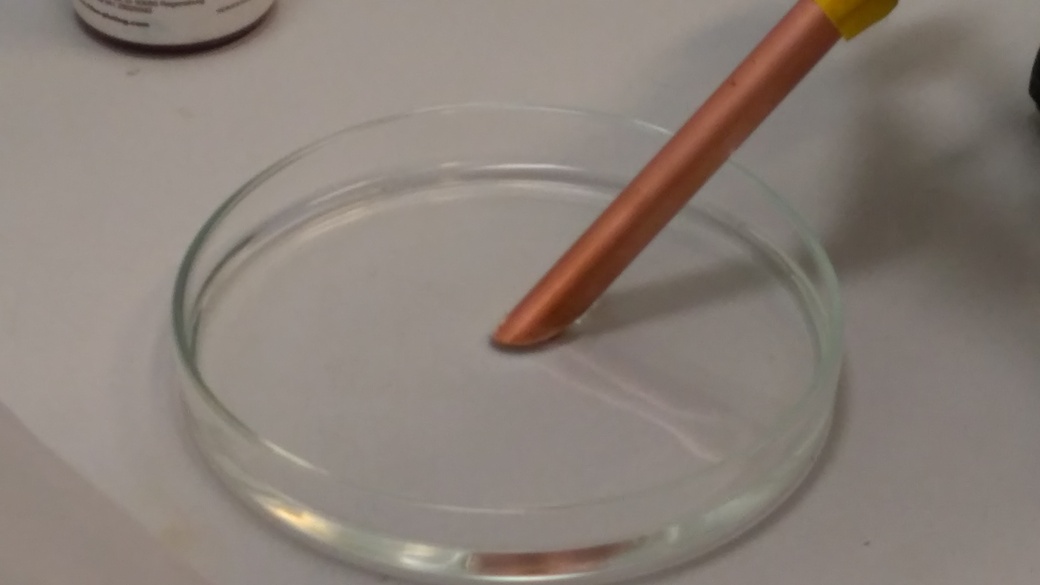 In the next step one places the workpiece in the electrolyte and attaches it to the negative lead of the power supply. Then enable power and try to regulate it at a maximum of $5 \frac{mA}{cm^2}$ - usually this will be a voltage of around $3V$ but that of course depends on the distance between the graphite anode and the workpiece. Beware of fumes forming during the process - you’ll also see gas bubbles. This is just hydrogen forming. 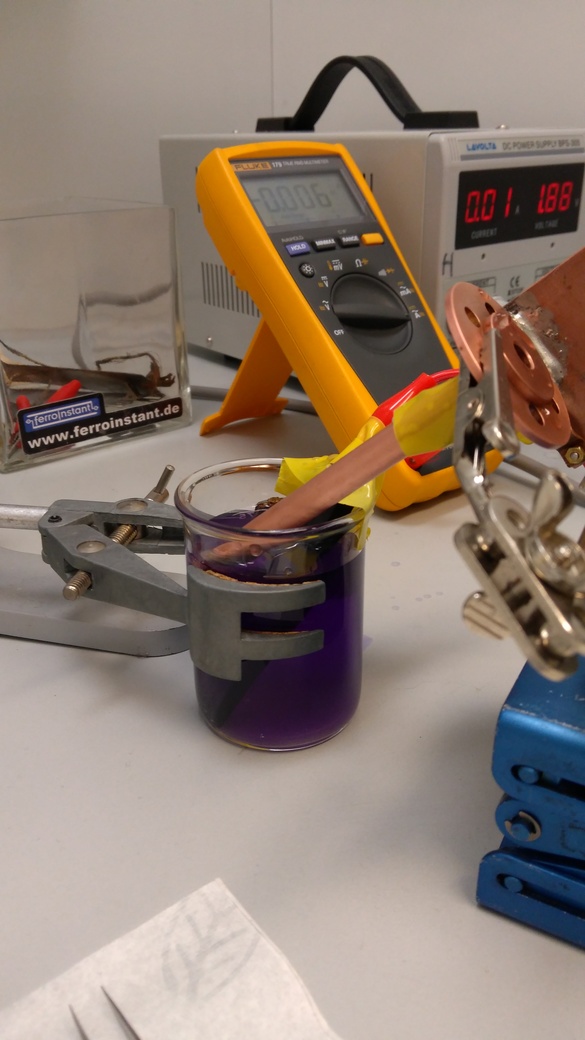 After you’ve reached the desired surface thickness disable your power supply and remove the piece from the electrolyte. Rinse with distilled water again and seal your electrolyte container (don’t fill it back into your supply container except you’ve used everything since the electrolyte will be used up and will get contaminated by your workpiece). Don’t flush the electrolyte into your sink - this would do major damage to the environment!

At the end we’ve done a cleaning step using Isopropyl alcohol inside an ultrasonic cleaner since we require a UHV capable clean surface without any residues. This won’t be required for most applications though. 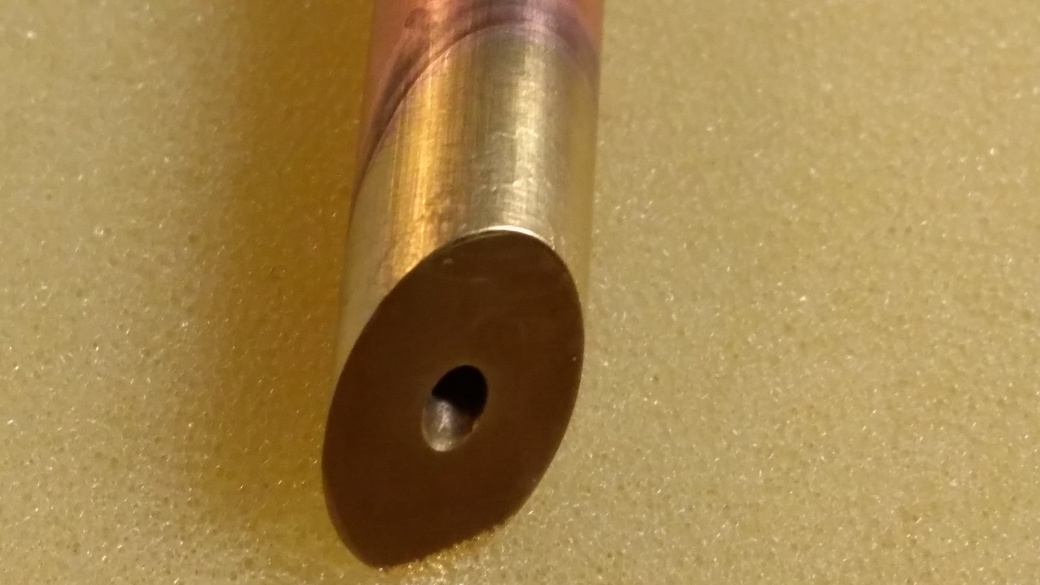 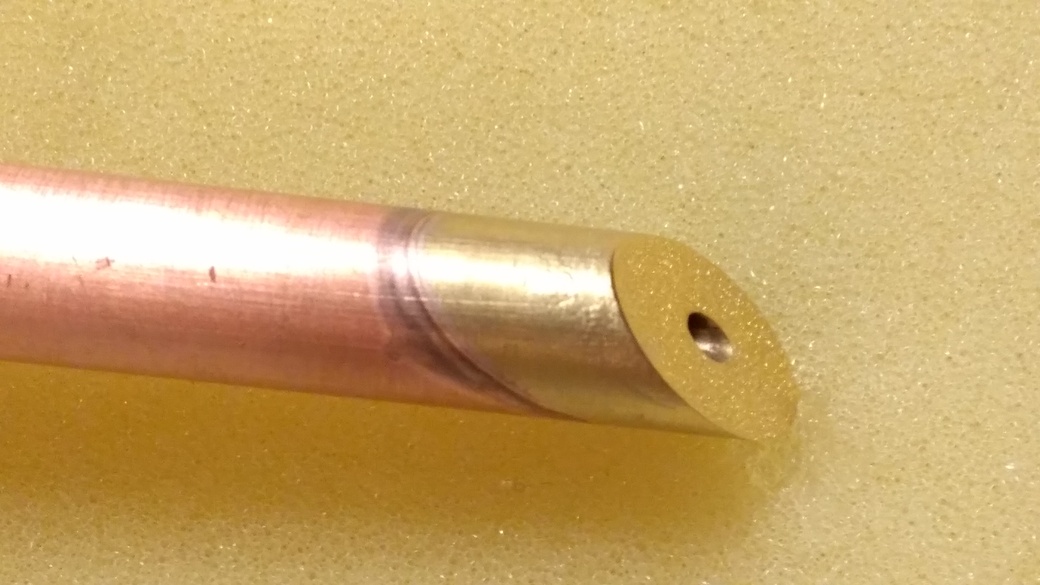 Note that the electrolyte contains cyanide and thus has to be disposed as hazardous waste. Follow your local regulations and stay responsible. The electrolyte is a highly toxic substance if released into the environment.

This article is tagged: Tutorial, DIY